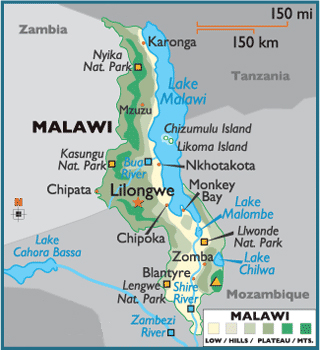 As a little jewel in the center of the African continent, there isn’t any wonder that 2 unmissable attractions of Malawi are its national parks as well as wildlife reserves. Here you’ll experience the unspoilt wilderness as well as the absence of mass tourism: animals aren’t just seen, but discovered on their natural habitat!

Safaris can serve all preferences and budgets. You could rent a 4×4 open vehicle for the game drives or you could really become familiar with the country and its particular wildlife on the walking safari, a wonderfully safe way to dive to the wild. One other popular option may include boat safaris around the Shire river, an excellent approach to view the animals from a short distance as they appear unfrightened by people in the boat. You could float near to the plenty of hippos and view the elephants drink just a couple metres away! Some other close encounters can be found, for instance, when monitoring elephant on the Majete Reserve. Nowadays there are plans to re-introduce the well-known horseback safaris in 2011, another chance for you to ride together with antelopes and zebras.

Definitely the big five (lion, leopard, buffalo, elephant and rhino) show up in Malawi and also a marvelous variety of antelope as well as the smaller cats like caracel and serval. Hippos can be seen in vast quantities, because of this they are nearly symbolic of Malawi’s wildlife. The safari in Malawi is really a remarkable experiences, and it’s also a well known choices for “Africa for beginners” but also a classy place to go for wildlife fanatics or the ones that like to feel free to easily wonder down and up just one country. Additionally, guests are relatively quite few, providing individuals with the chance to experience nature in all its exciting tranquility and privacy.

Lastly, birdlife likewise symbolize a remarkable chance for wildlife lovers. Coming from a beautiful Fish Eagles into the little colibris, Malawi is doubtlessly a growing bird watching heaven. Couple of countries around the entire of Africa could rival Malawi’s variety of bird species. About 650 species have already been recognized with more than 10 % not being observed in other areas of southern Africa, that are also relatively easy to be viewed.

Malawi has 9 national parks and wildlife reserves, offering an excellent variety of scenery and plant life. On the north are the one of a kind Nyika Plateau and Vwaza Wildlife Reserve, correspondingly a highland as well as a lowland area. The central region has got 2 huge game areas: Kasungu National Park (west) as well as Nkhotakota Reserve (east), this second option that is increasingly being developed to accept visitors. On the south, the most well-liked Park is Liwonde, across the River Shire, however 3 game areas can be found further south: Lengwe National Park as well as the wildlife reserves of Majete (just lately restocked) and Mwabvi Reserve.

Close to the southern tips of Lake Malawi you will find the world’s first freshwater national park at Cape Maclear, Lake Malawi National Park. It is among Malawi’s UNESCO World Heritage Sites as well as a well known destination in all East Africa.

The lake is confirmed to host the earth’s best diversity of fish approximately. A lot of cichlids fish in Lake Malawi are one of a kind throughout the world.